We are a multi‐dimensional investment advisory boutique comprised of experienced industry leaders.

From our inception, it has been our belief that to truly best serve our clients we need to be independent and have hands‐on experience in all aspects of investment and retirement plan management. The IRA Group team embraces collaboration and our role as a boutique consulting firm. Each of our Managing Directors is personally involved in the work that creates successful investment strategies for individuals and retirement programs for plan sponsors that positively impact the lives of participants. This intentional foundation of our firm structure enables us to provide a high level of personal attention and allows clients to work directly and closely with our senior executives.

Helping manage your fiduciary obligation while assisting your employees in achieving retirement readiness.

#1
You will know us and we will know you. Integrity, collaboration, transparency, client first: those are not simply words at IRA Group but a way of life as we pursue highly personalized family relationships.

#2
Clients benefit from working with IRA Group because of our independence and ability to build and execute customized strategies to meet their needs.

#3
By providing a proven objective investment process, exceptional financial guidance, and working tirelessly to deliver the highest level of service, our clients receive an unparalleled experience, allowing them to feel confident and re-assured regarding their financial goals.

The path to a customized solution yielding better results…

Meet with our team

Your team of experienced advisors

Collaboration is central to our success. IRA Group’s Managing Directors were recruited to join the firm from large, international asset
management and leading retirement plan recordkeeping organizations. With an average 29 years of industry experience, we have created a
team purposely built with experts across many disciplines including investment management, investment analysis, trust/custodial services,
recordkeeping operations, plan design, employee communications and compliance. It is this collective knowledge and experience that enables
IRA Group to provide holistic investment and retirement plan advisory services to our clients, especially when faced with large or complex issues. 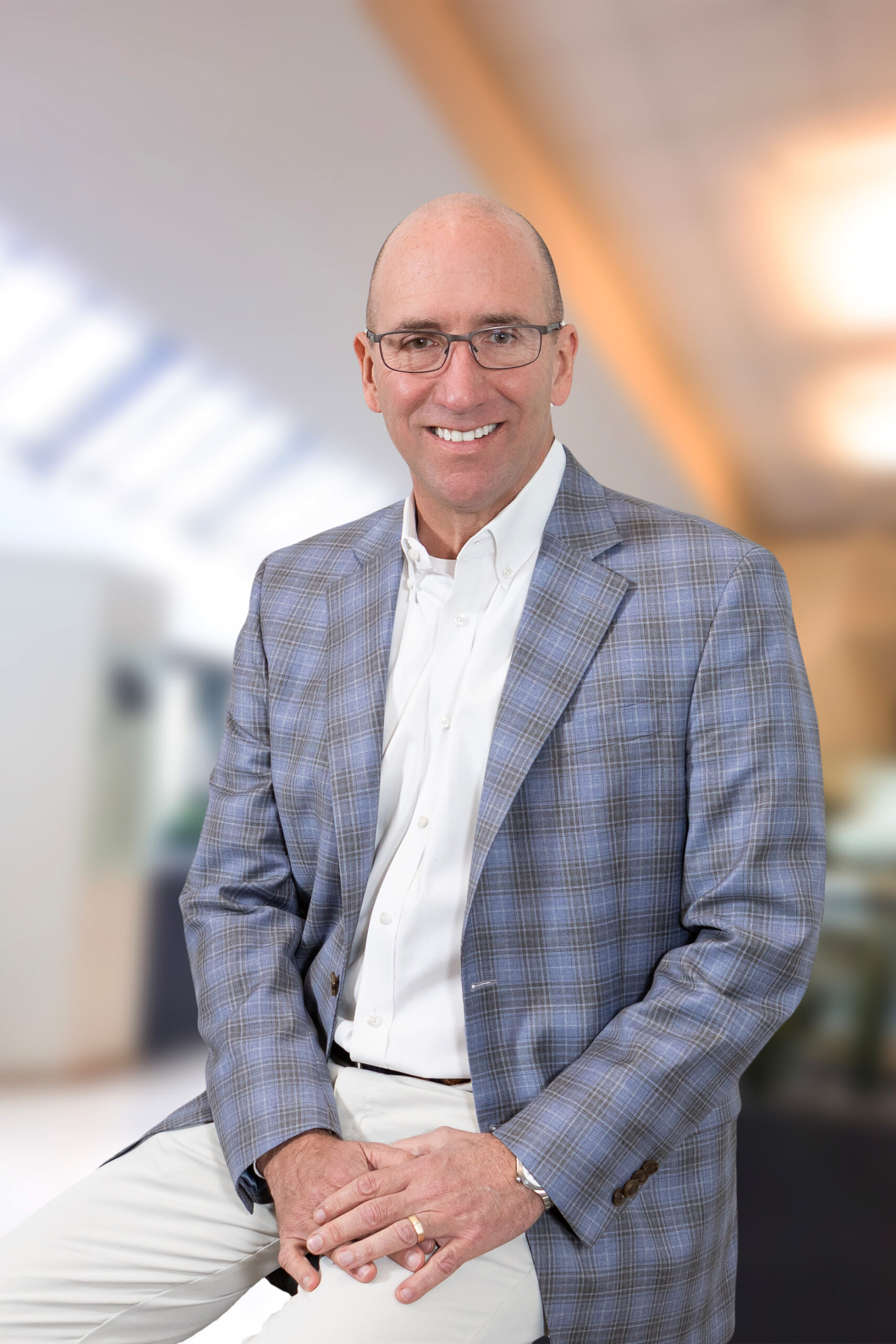 After seven years as an Account Manager with Aetna Capital Management, Doug founded IRA Group in 1992 as one of the country’s first independent, fee-based investment advisory firms focusing on the mid-size institutional market. He is a frequent public speaker, has actively served on the advisory councils of five of the 10 largest retirement plan administrators and been selected as one of the Top 100 Leaders in Atlanta’s Financial Sector by the Atlanta Business Chronicle from 2008-2019. He has served on the Board of Northside Methodist Pre-School, Northside Methodist Church Council, and the Board of The Friends of the First Tee of East Lake. In his spare time, he enjoys playing golf, squash and traveling with his family. 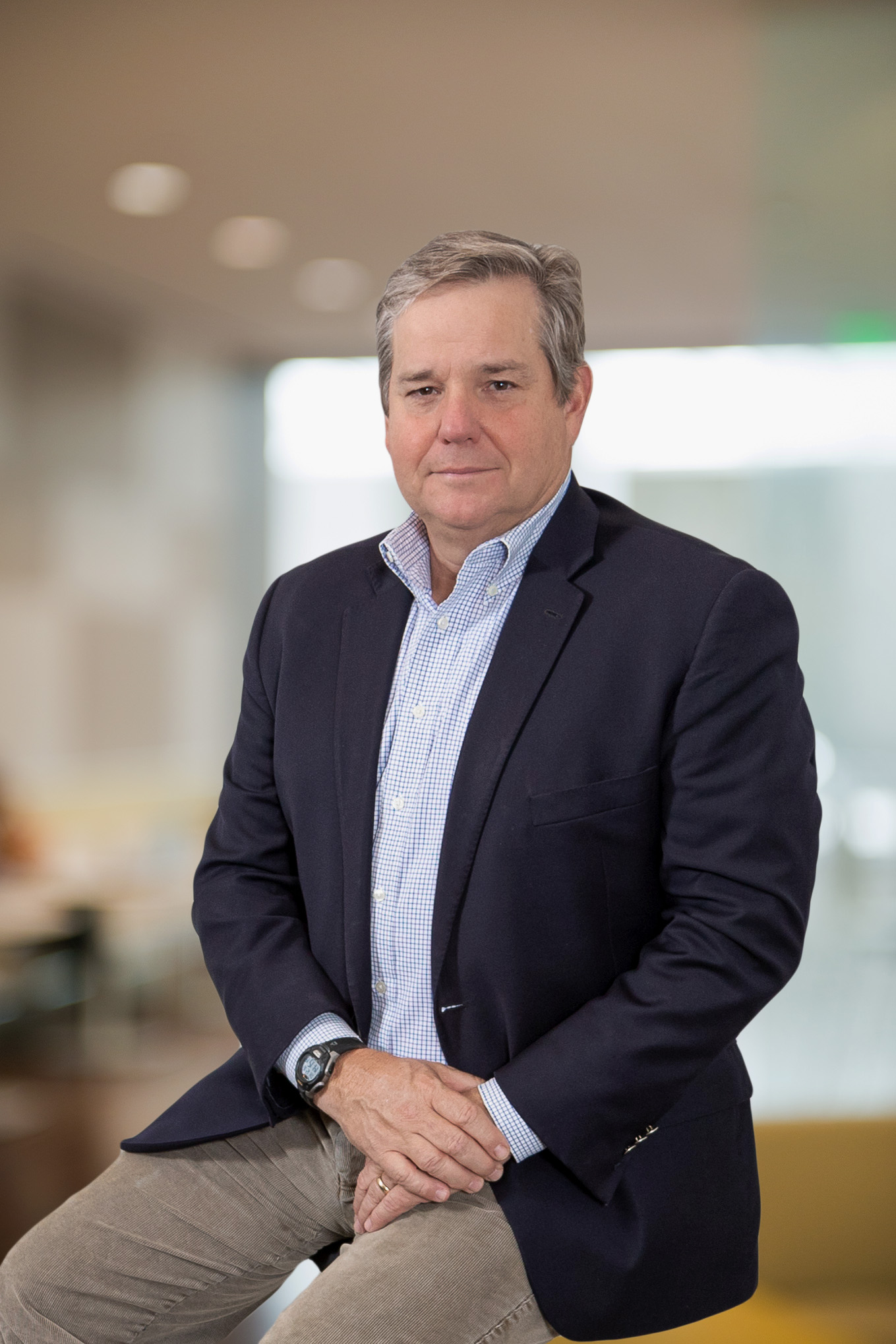 John served in the US Army as an Airborne Ranger Infantry Officer from 1986 until 1989. Upon his separation from the service, he went to work for SunTrust Bank for the next 27 years in various financial advisory and executive management roles. During his tenure, he served as Executive Vice President of the Memphis Private Wealth Management Line of Business and then was promoted to President and Chief Executive Officer of SunTrust Bank, Memphis. Additionally, he served as the Executive Vice President, Private Wealth Management Division for Georgia and North Florida. Currently, John serves on the Board of the East Lake Foundation, First Tee of Metro Atlanta, and AG Rhodes Health & Rehab. Previously, he served on the Board of the Georgia Trust and on the Vestry at All Saints Episcopal Church where he was Senior Warden. John joined the IRA Group team in 2016. 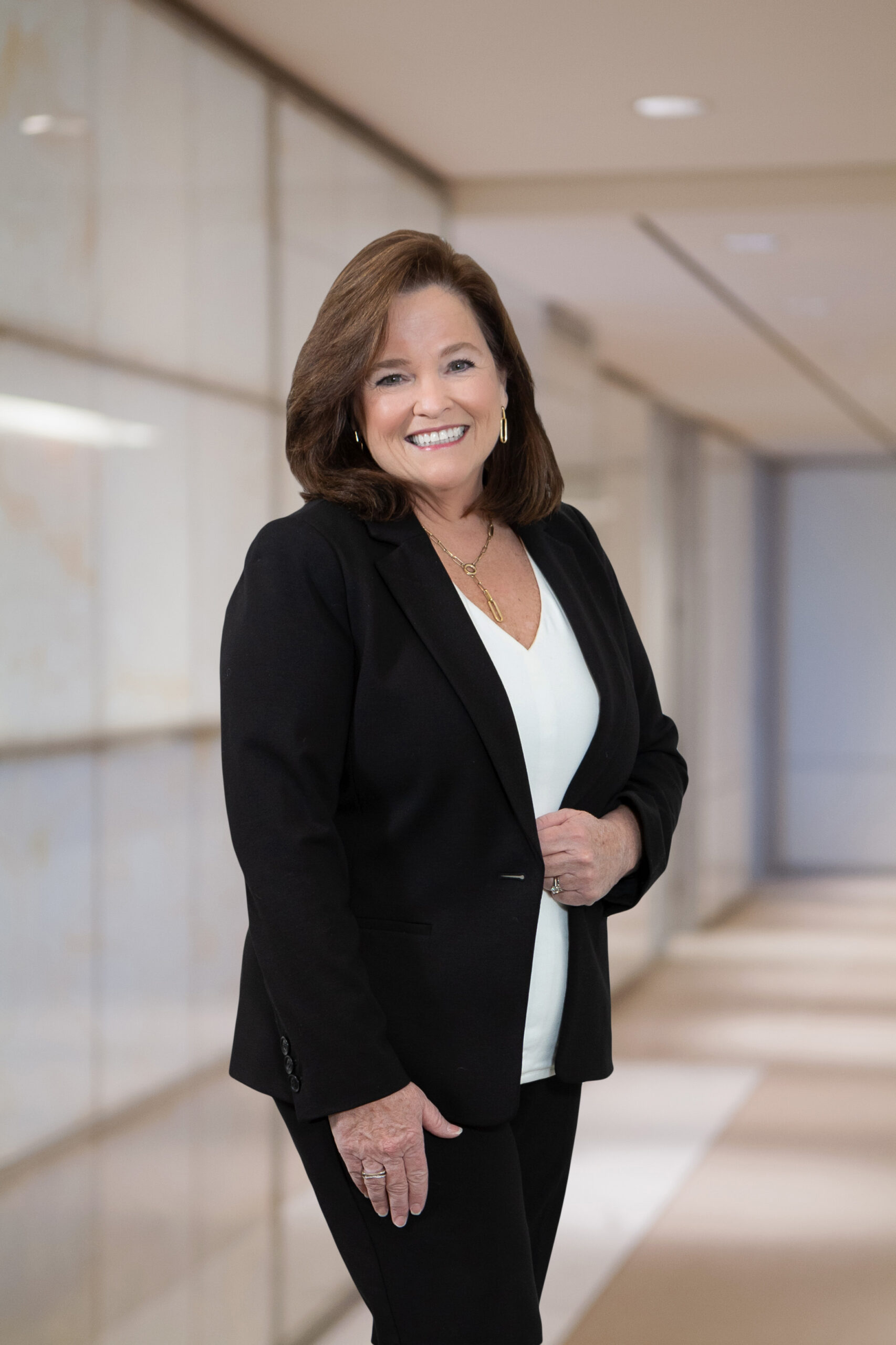 Sere began her professional career in the institutional trust division as an analyst for the investment management group of Norwest (Wells Fargo) Bank, N.A. She joined IRA Group from Southeastern Advisory Services where she was a Senior Consultant. Prior to her tenure at Southeastern, Sere worked at Veritas Consulting Group, LLC where she served as a Senior Consultant and was responsible for the development and growth of the firm’s investment consulting practice. She has spoken and served on advisory councils for a variety of organizations. She and her husband enjoy time with their children, grandchildren and family all across the country. Previously, she served on the Finance Committee of Shiloh Methodist Church and has been active in a variety of Square Foot Ministries projects. Sere joined the IRA Group team in 2010. 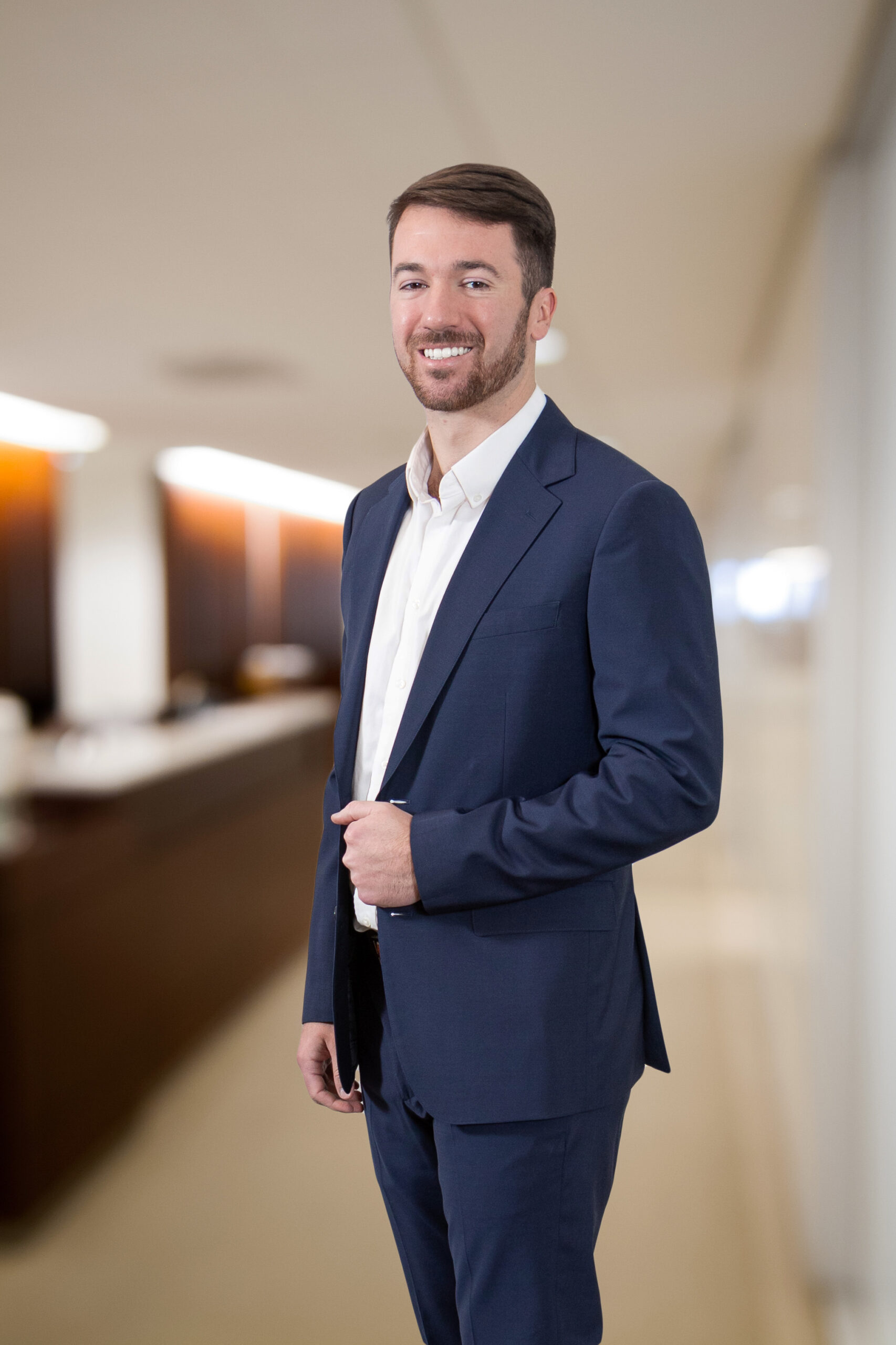 Harrison served at T. Rowe Price for three years as an Investment Specialist, educating clients on their investment options as well as T. Rowe Price’s product line for advisory services. In 2019, he was promoted to the role of Financial Consultant after becoming a Chartered Retirement Planning Counselor where he assisted clients with retirement planning and implementing asset allocation strategies. Harrison played collegiate soccer for Rhodes College and traveled extensively with his junior club team. In his spare time, he enjoys golf, running, bicycling and coaching youth sports in the Atlanta area. Harrison joined the IRA Group team in 2020. 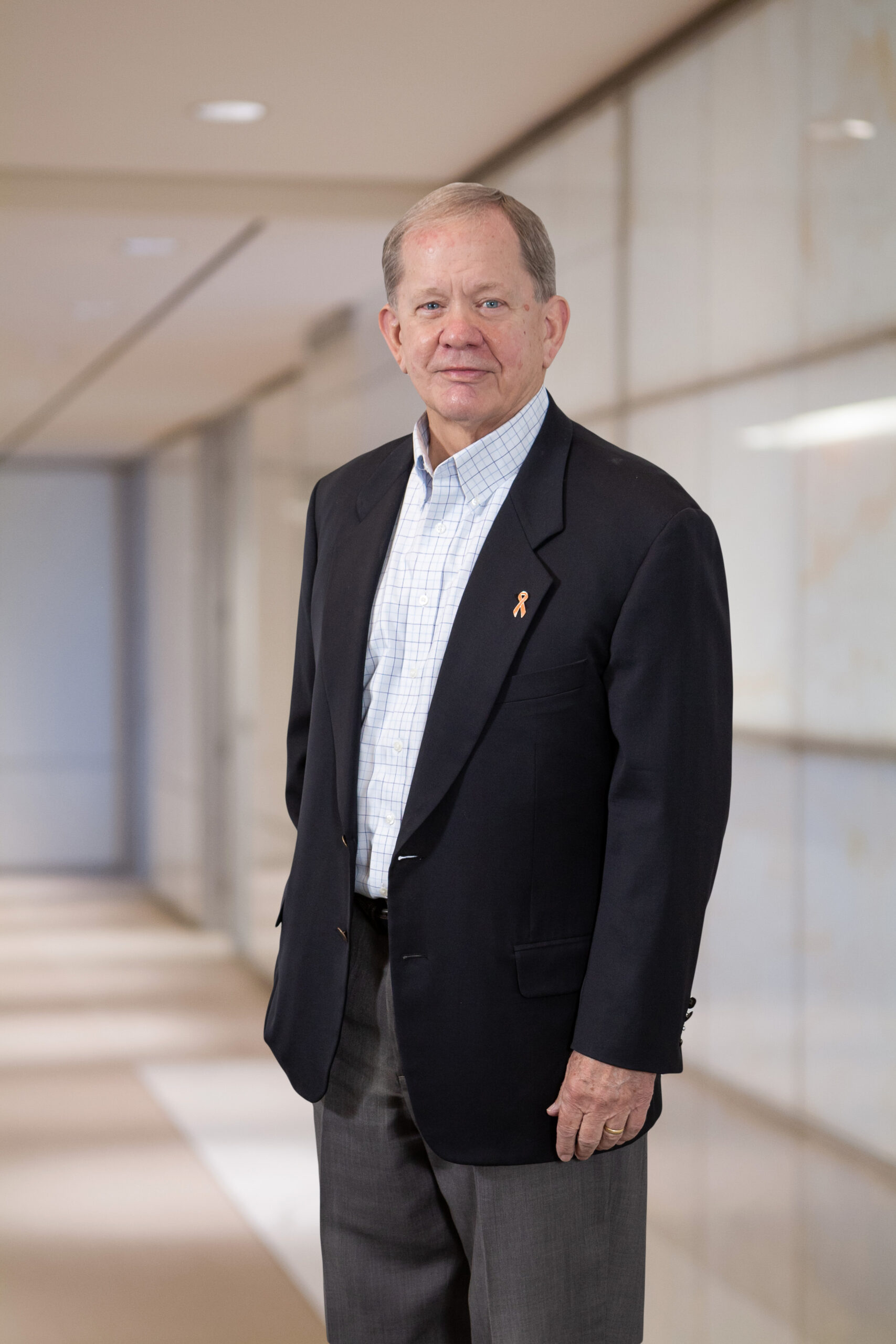 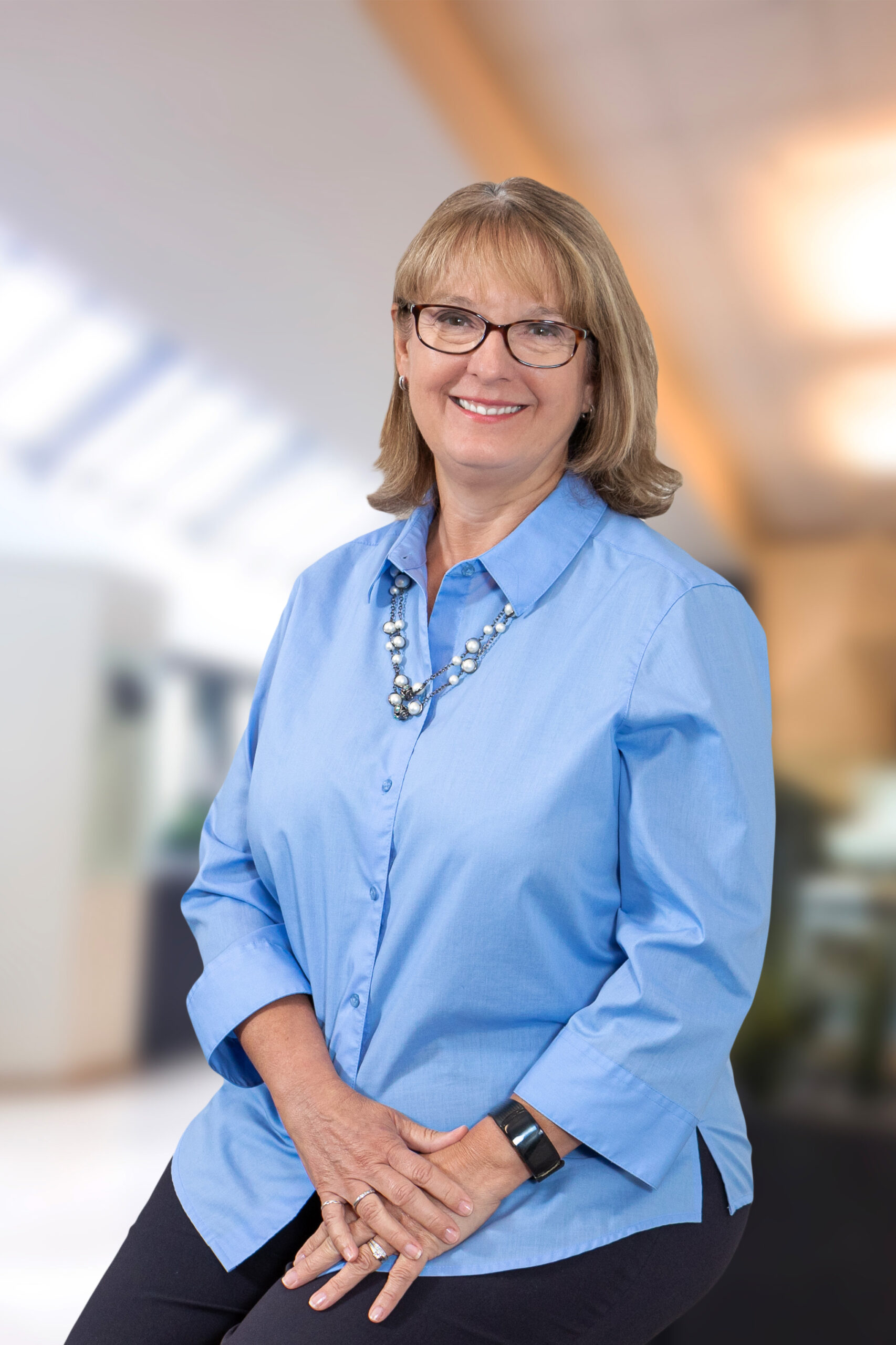 Judy began her career as a Pension Administrator with Berkshire Life Insurance Co. (Guardian Life). She joined IRA Group in 2009 from Fidelity Investments, where she served in a variety of management roles in Fidelity’s Workplace Services division. At Fidelity, Judy was a supervisory principal and her management positions included relationship management, operations, product support, and participant communication & education. Prior to Fidelity Investments, she also served in account administration, project management and product consulting roles at John Hancock Mutual Life Insurance Co. She has recently served on the Board of the Blairsville, GA Downtown Development Authority. Judy joined the IRA Group team in 2009. 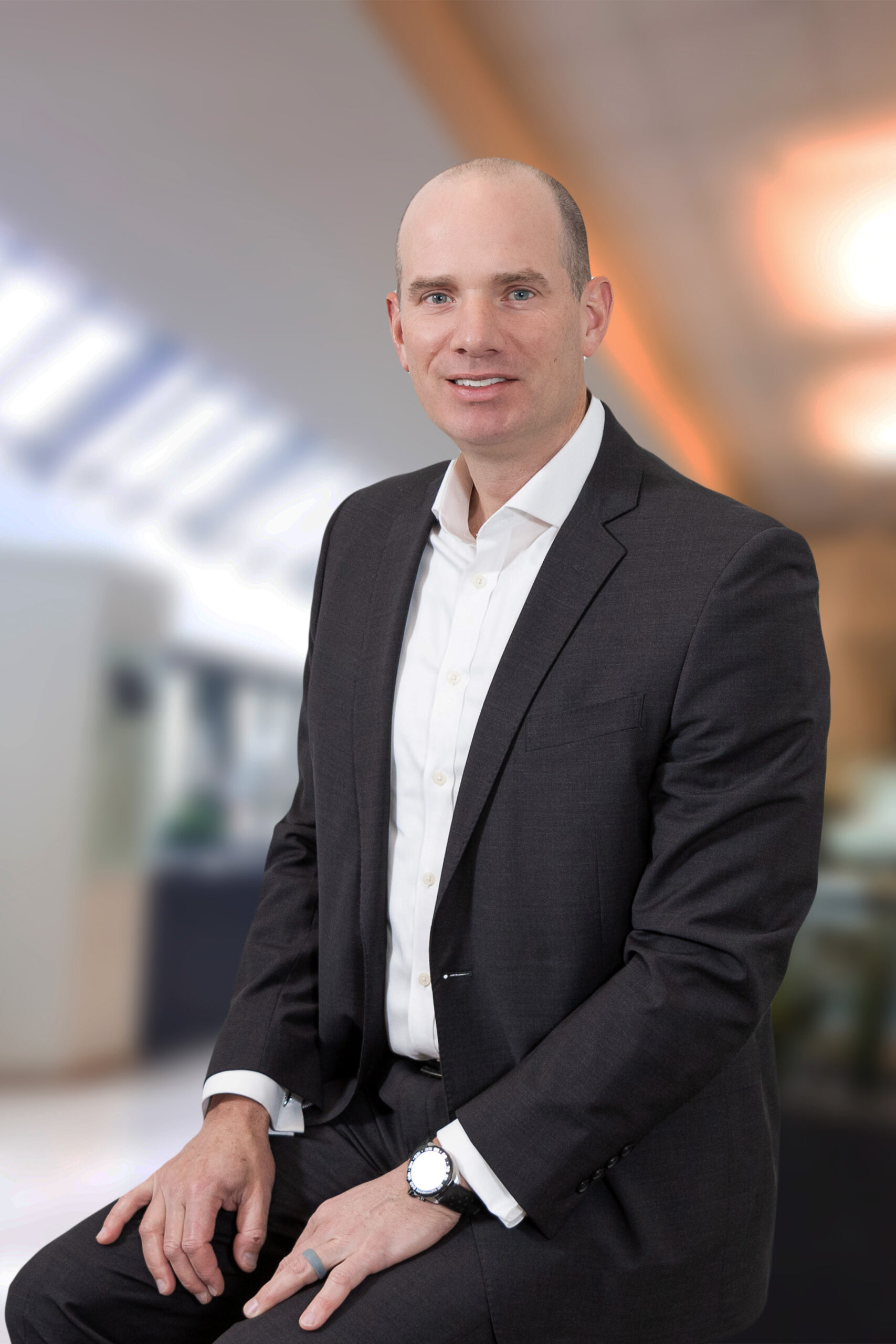 Austin has over 25 years of experience working with retirement plans which started at American Express Financial Advisors in 1994. He spent the next 22 years with Mutual of America Financial Group working with Plan Sponsors assisting them with their fiduciary duties. He joined IRA Group from USI Consulting where he served in a consulting and business development role. In his spare time, Austin likes to stay active walking his dogs, playing golf and fly fishing. Austin joined the IRA Group team in 2020. 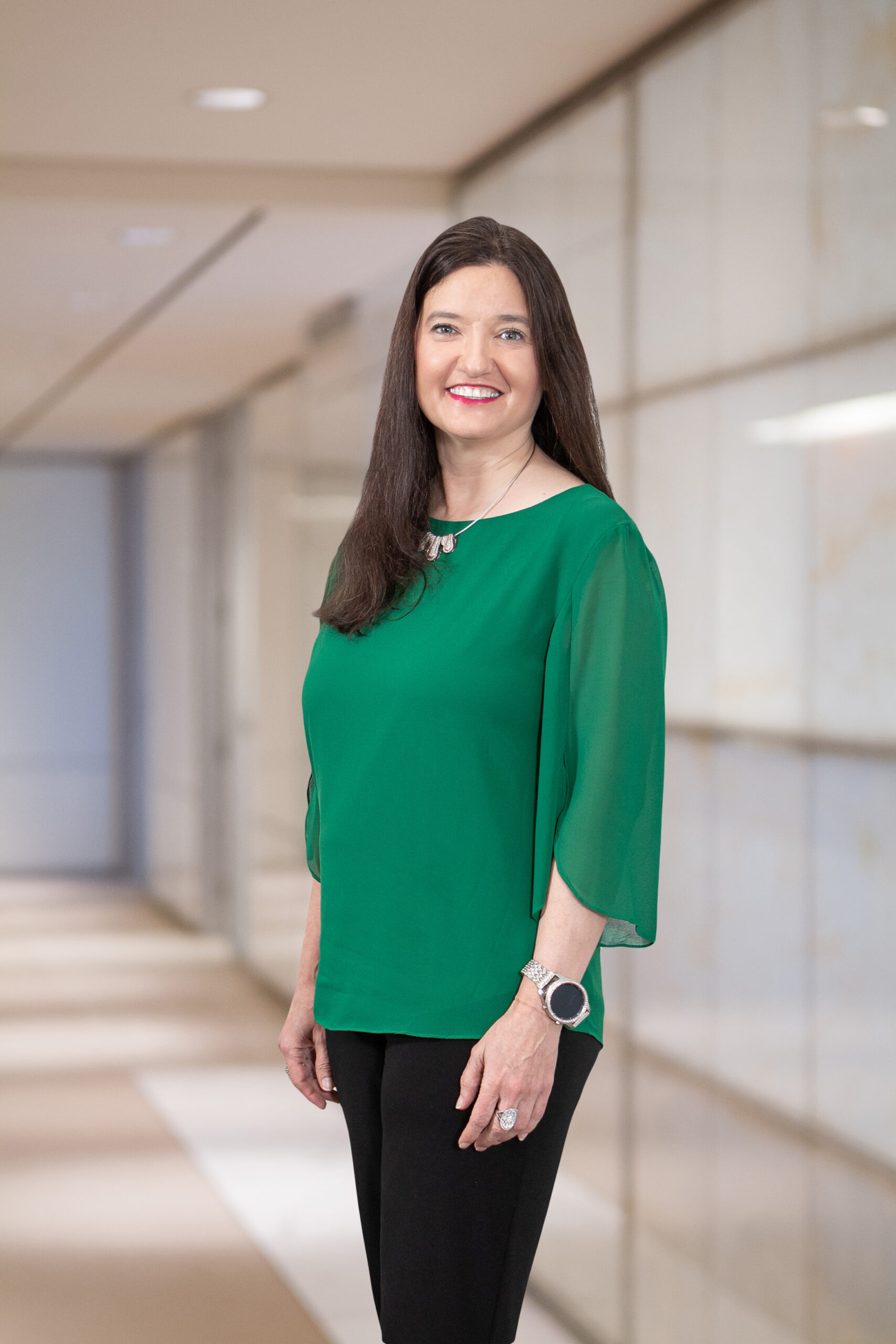 Kelly began her career as an Administrative Assistant for the Director of Marketing at Delta Air Lines where she served for eight years. She left Delta to serve as the office manager at SKJ Refined Apparel and eventually joined Dewberry Capital for three years prior to IRA Group. Kelly has been a Sales Director with Mary Kay for 17 years and was selected to appear in a national sales force training video on client retention. She loves animals, sports and spending time with her family. She also leads team Kelly's Heroes which regularly finishes as a top 3 fundraiser annually in the state of Georgia for the National MS Society. Kelly joined the IRA Group team in 2004. 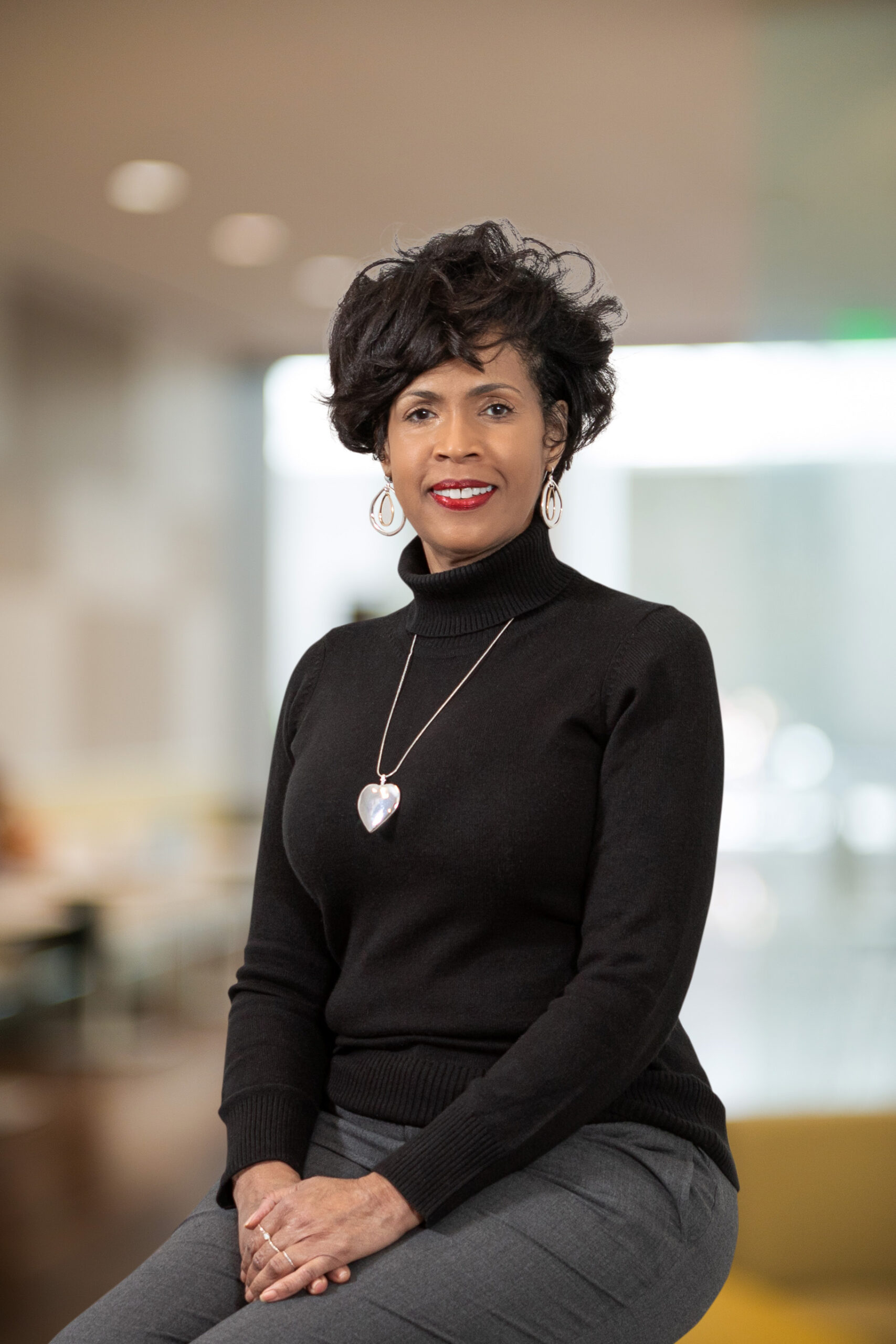 Sandra joined IRA Group in May of 2019. She brings over 20 years of experience in both Private Wealth and Institutional investments. Prior to joining IRA Group, Sandra spent over a decade at SunTrust Bank in the SunTrust Investment Services division and as an Analyst in the New Business division for the EBS Group. Before SunTrust, Sandra was a Sales Associate at Merrill Lynch and an Analyst in the Goldman Sachs Private Wealth Division. In her spare time, Sandra enjoys interior design, historical biographies and exercising. Sandra joined the IRA Group team in 2019. 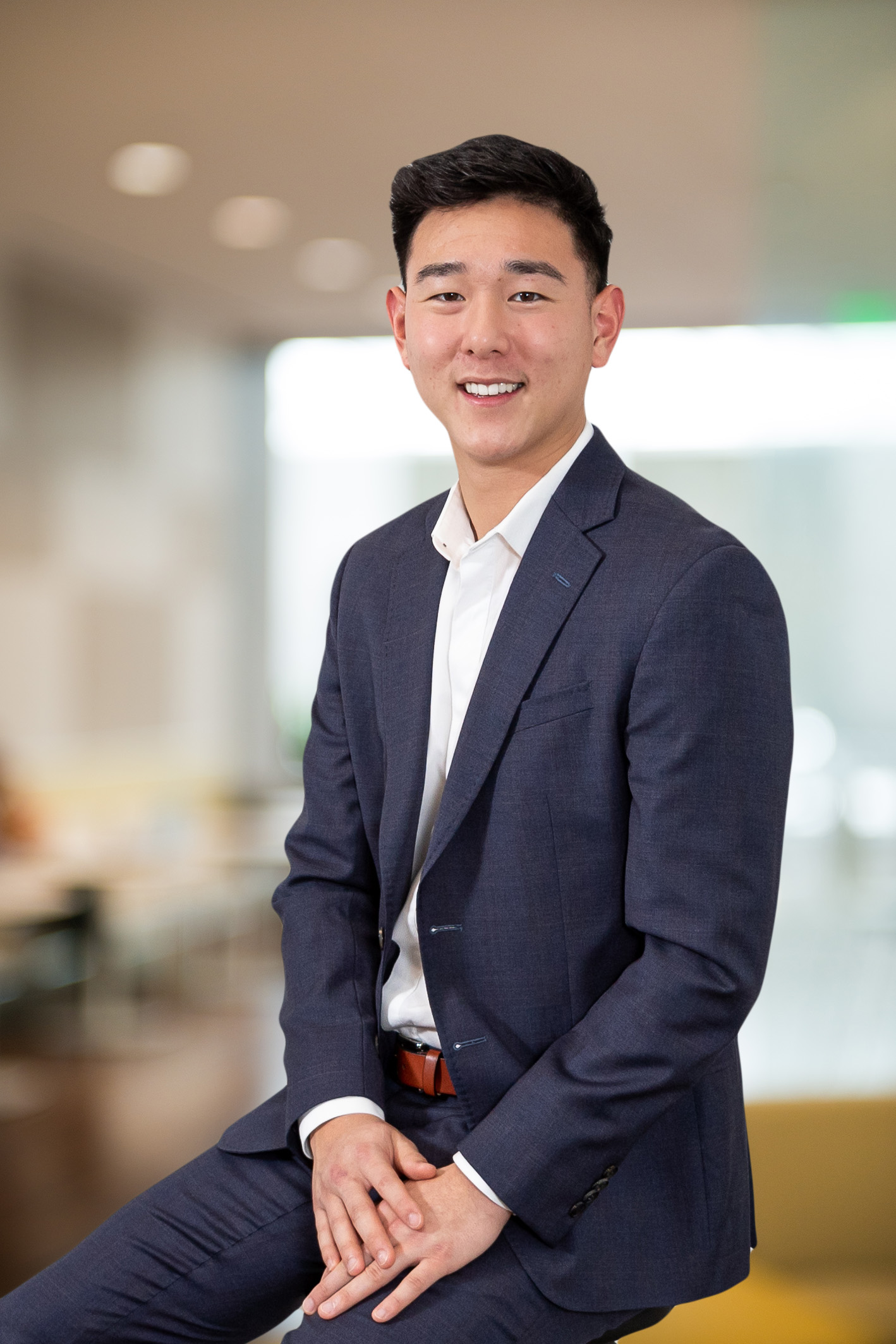 Benjamin graduated Rhodes College with a B.A. in Business with a focus in Finance. During his four years, he played collegiate soccer, and was also named captain his senior year. In his spare time, Ben likes to spend his time outside playing golf, soccer, and swimming. He joined the IRA Group team in 2021. 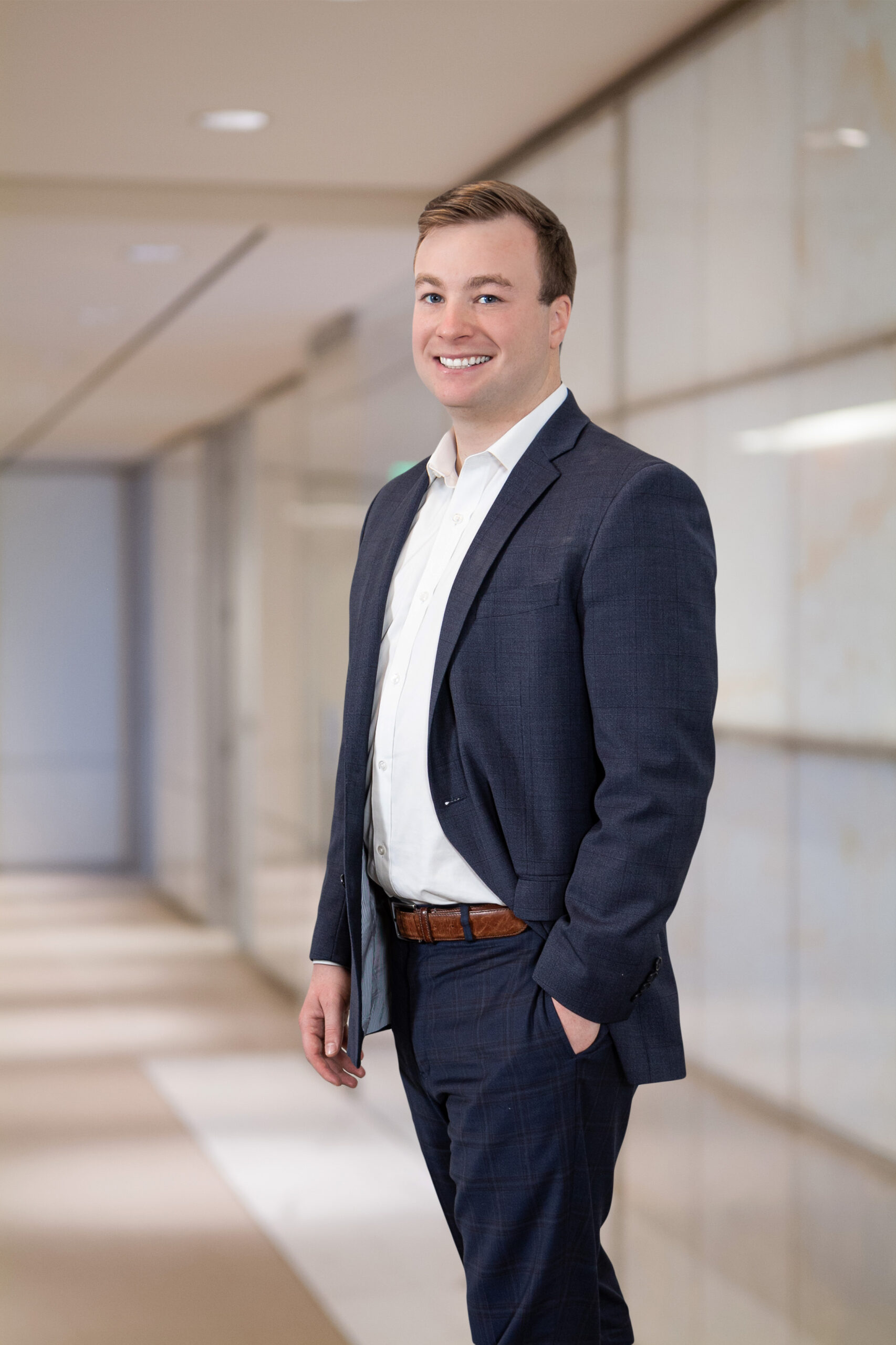 Carter began his career as an Institutional Trust strategist at Regions Bank. He was involved in business development for the Institutional Trust department including corporate retirement plans, endowments, foundations, and corporate cash management for the Southeastern market. He joined the IRA Group team from Oppenheimer & Co. where he advised public and private companies by implementing a process designed to help these organizations run an effective retirement plan through plan design, investment management, and employee education. In his free time Carter enjoys playing golf and coaching youth baseball in the Atlanta area. He attends Peachtree Presbyterian Church and is an active member of the Capital Group of Atlanta. He joined IRA Group in 2021. 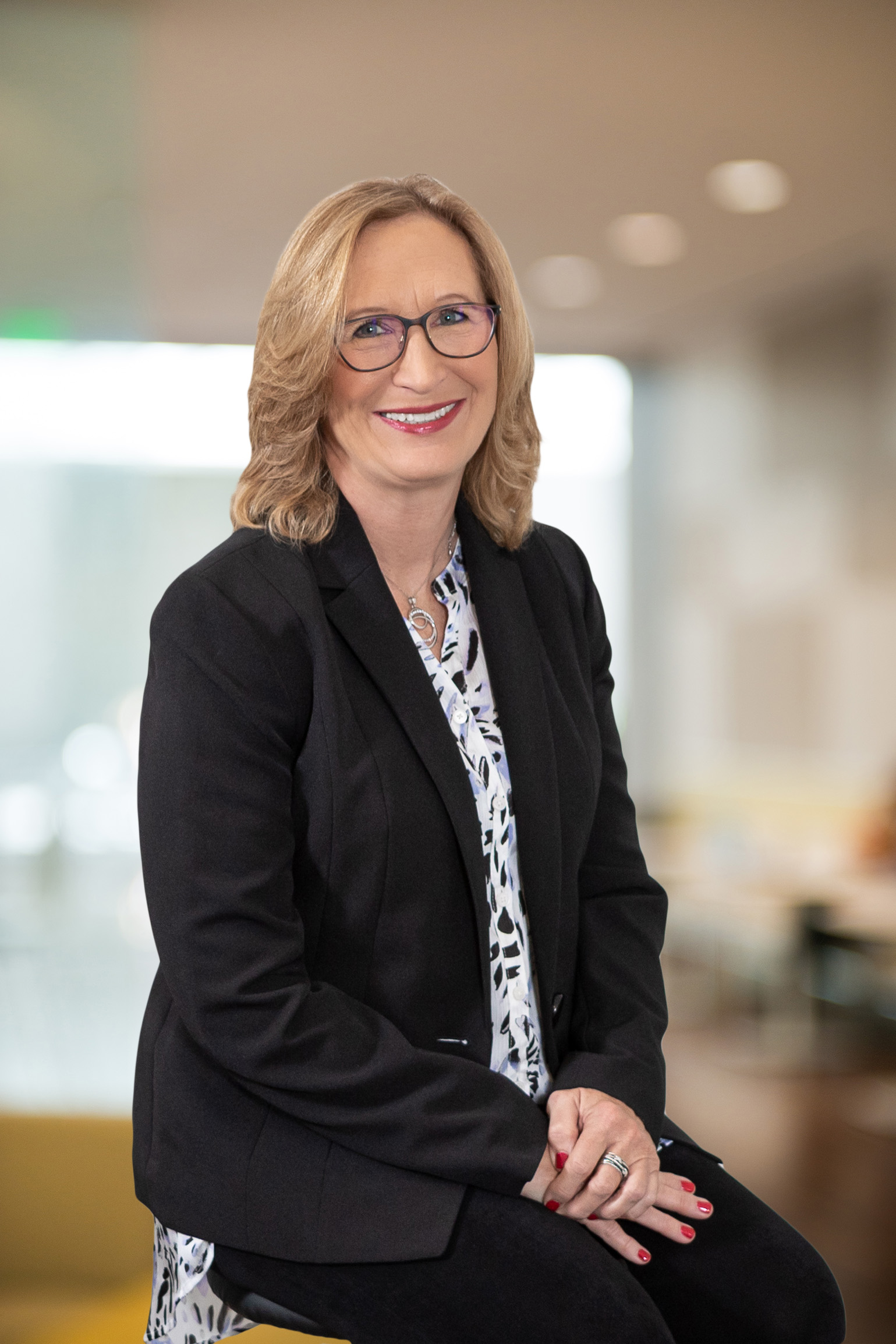 Denise began her professional career as a 401(k) administrator for Praxis Consulting, Inc. She spent 21 years with BB&T Retirement and Institutional Services where she served as a Senior Consultant. She was responsible for the relationship management and compliance for many high profile clients as well as development and growth in the Texas market. Denise has spoken and served as President for Triangle Benefits Forum and served as a project manager for BB&T Lighthouse Projects focusing on the InterFaith Food Shuttle Farm and Haven House Services. Denise joined the IRA Group team in 2021. 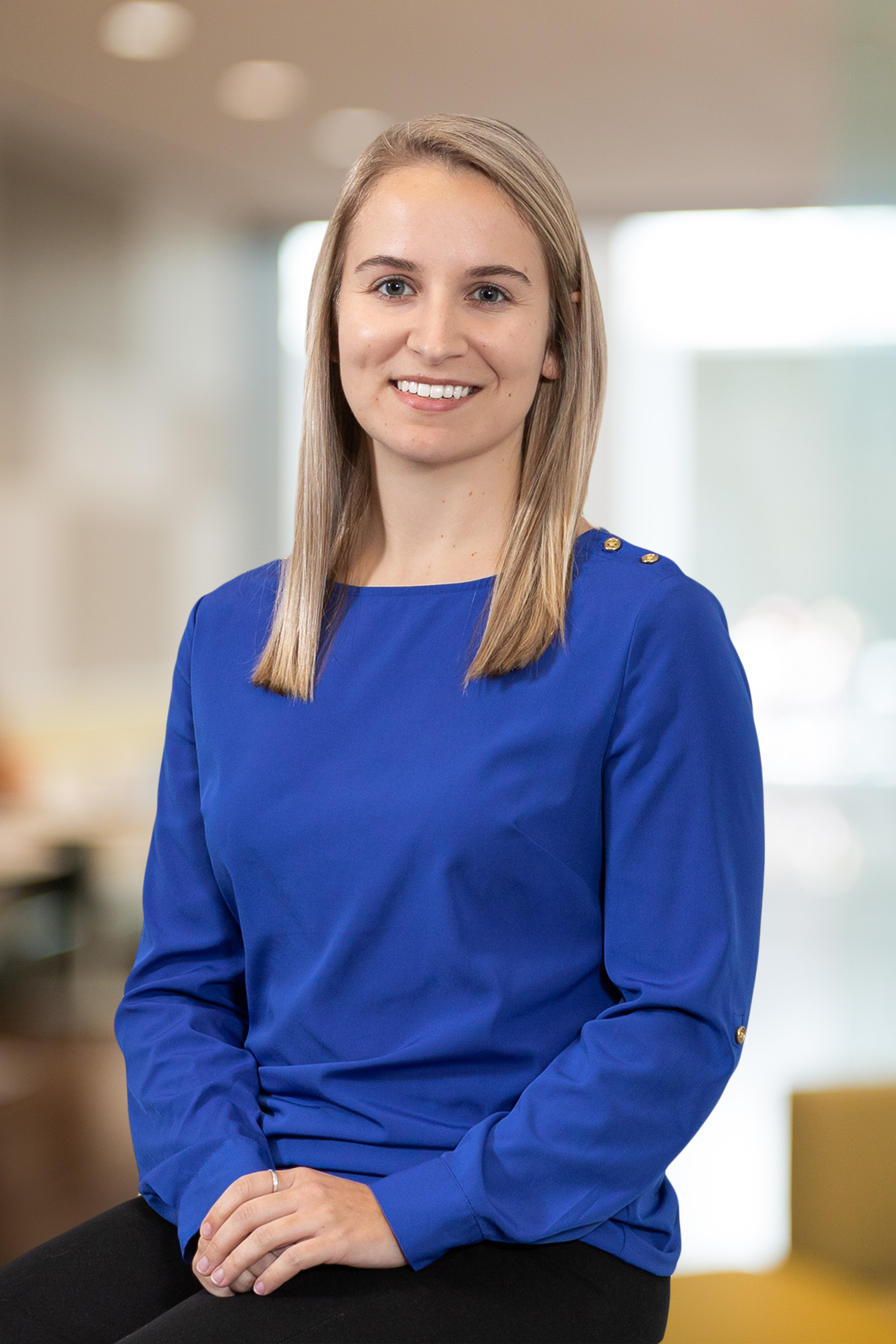 Lauren began her career at Franklin Templeton in Florida as a Transfer Agent Associate before relocating to Atlanta. She joined IRA Group from Carter Terry & Co, where she assisted in servicing advisors and their clients. In addition, she supported the Chief Compliance Officer in her day-to-day responsibilities. Lauren grew up in Connecticut. She received her Bachelor’s degree from Eckerd College and her Master’s degree from Georgia State University. In her free time, she enjoys playing soccer and running. 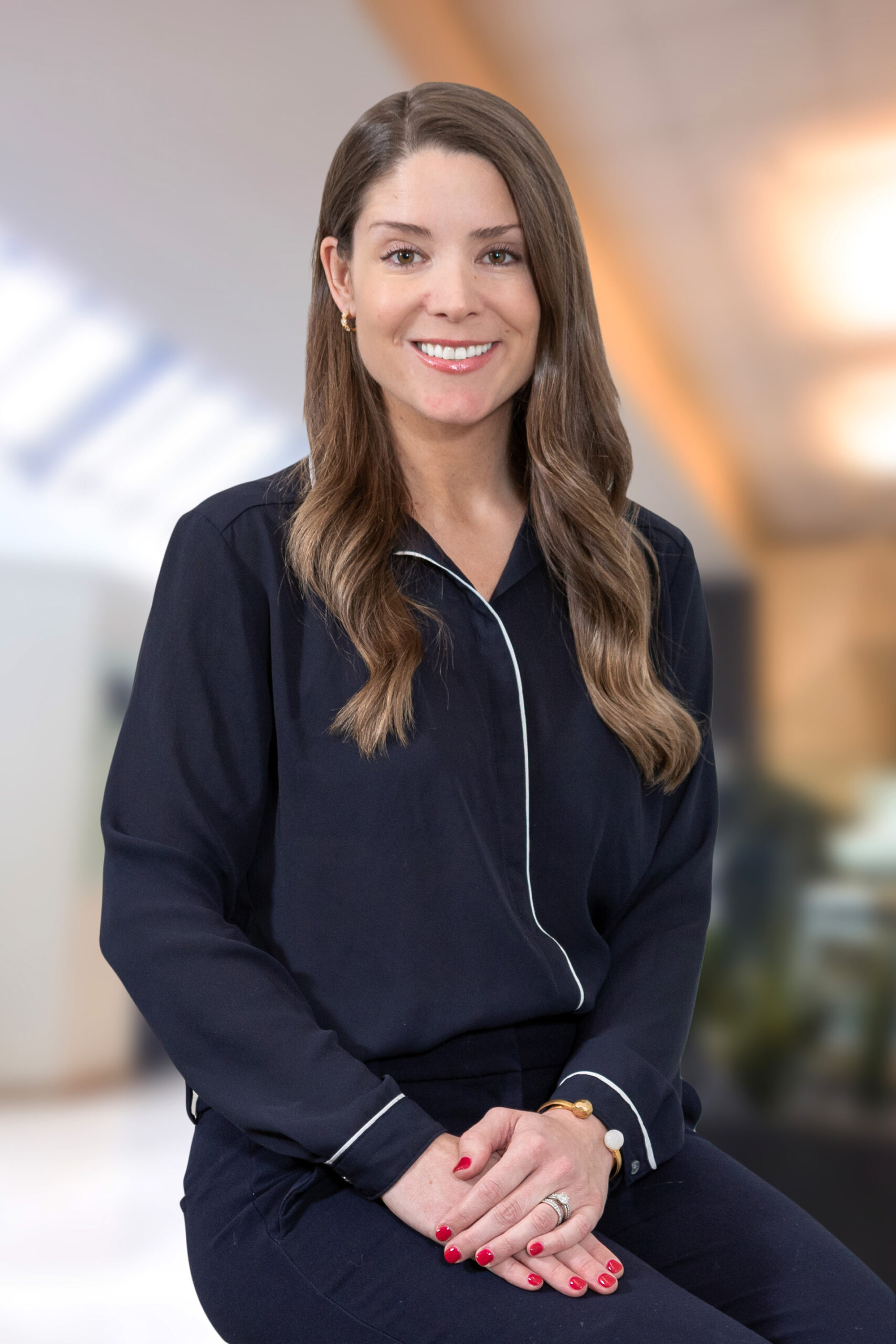 Hailey has over 10 years of experience in the financial services industry spanning client services, operations, and marketing. She joined IRA Group from Arcus Capital Partners, where she supported a team of advisors and their clients as the Client Services & Operations Manager. Hailey grew up in Atlanta and graduated from Miami University (OH). In her free time, she enjoys spending time with family and friends, traveling, and playing tennis. 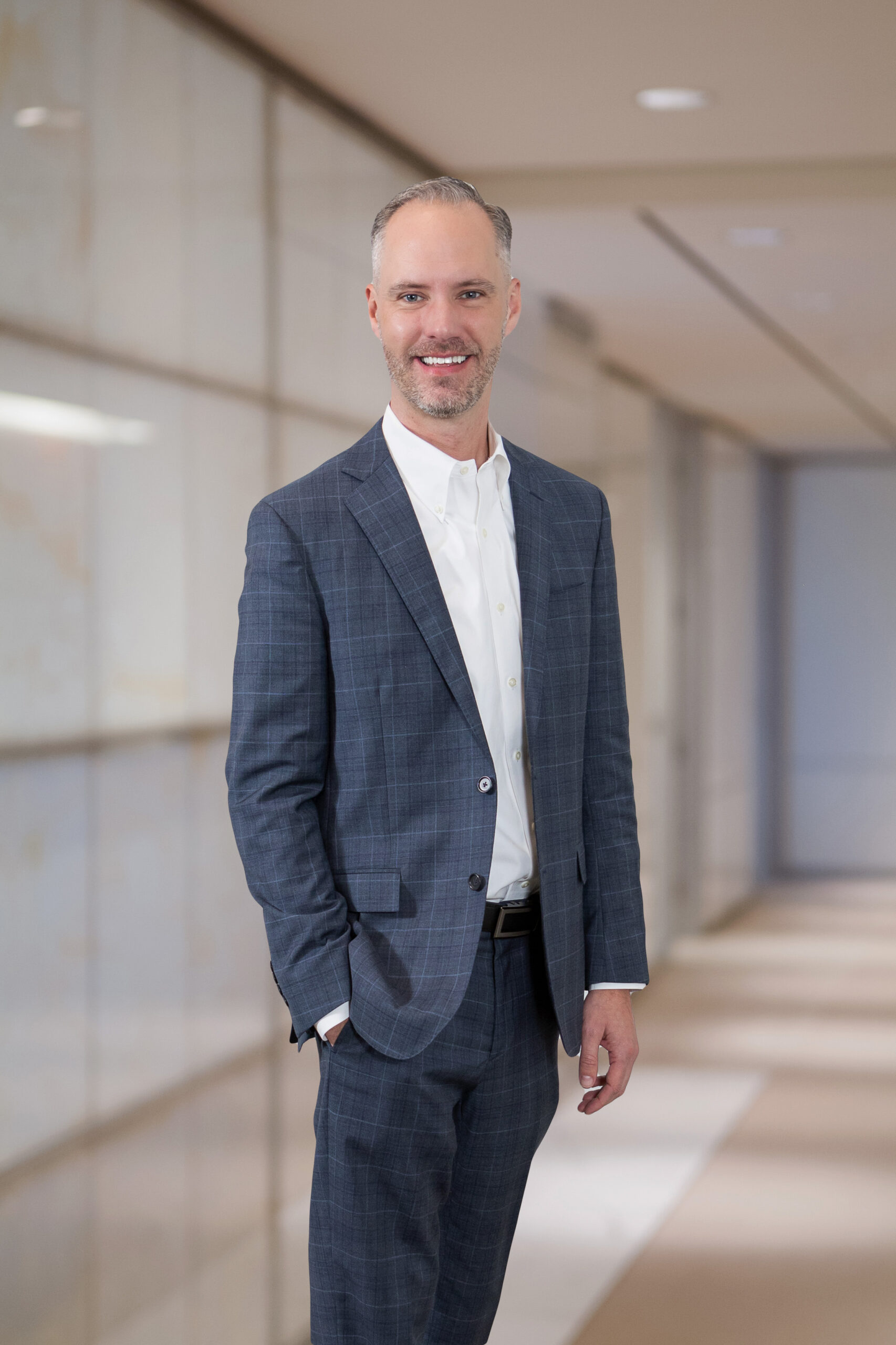 Robert joined IRA group as Managing Director of Institutional Advisory Services in 2021. His experience includes various roles in corporate retirement plan client service, employee education, relationship management, and marketing. Most recently, Rob was employed as a Business Development Officer for the upper-Midwest region at Wells Fargo Institutional Retirement and Trust in Chicago. Rob has a long history of community involvement and has volunteered to serve on various non-profit boards and held volunteer positions with many civic minded organizations. He was a top individual fundraiser for the American Heart Association’s Charlotte Heart Walk in 2016. A native Minnesotan, Rob enjoys hiking, biking, golfing, boating, ice fishing, hunting, and hockey.